"I'm the most beautiful Demon from a distinguished family of hell, the number of my followers is 10 billion! That's 10 billion humans from earth!"

Belial is the Demon Lord of Vanity, also known as Vainglory.

Belial's appearance embodies imbalance, beginning with her eyes, which have heterochromia: her right eye is yellow and her left eye is red. Her silvery-bluish shoulder-length hair covers her right ear and exposes her left ear. She has two horns curling upwards on the sides of her head, but they are unequal in ratio, as her right horn is very large and her left horn is very small. Belial wears very little, sporting an elaborate piece of assymetrical blue armor on her shoulders with flames sprouting from it, which covers her nipples. She wears a black lace stringless panty covering her crotch and black lace kneeguards and stockings on her legs. She wears ballet shoes on her feet (with her right shoe colored pink and her left shoe colored red) and fingerless gloves on her hands (with her right glove colored black and her left glove colored purple).

Lastly she wears silver, thin rimmed glasses that matches the color of her hair.

She was once thriving to compete with Lucifer for the seat of the Demon Lord of Pride, that Lady Belial claims was usurped from her. The fact that the only pride she holds in her heart is being born into a distinguished family of demonic origin, the Byrnedale house, makes her a bit of a sad Demon Lord.

Her pride ranks next to Lucifer's, her combat capabilities are close to Satan's, her sex appeal rivals that of Asmodeus'. Being a jack-of-all-trades and master of none, she usually attacks Lucifer with her mighty power, but as they would always backfire, she holds quite the losing streak.

After losing her heirloom armor and her dress, being left with nothing to wear, her servant Gnosis turned into living armor to cover the sensitive spots, but this still barely covers her and serves as a massive boon to her sex appeal. It is due to her devotion to Gnosticism that she can continue challenging Lucifer everyday without losing her bravado.

Additionally, she, Astaroth and Mammon are the only Demon Lords to have unique accents within their speech.

Belial has the ability to summon the Demon Tank of the Gentle Flame Neighbourhood. Also she has demonstrated a keen strategic mind, during Lucifer's assault on the Demon Lords.

Along with the inherited ability to teleport like the other Demon Lords, Belial has also shown to be quite the cunning actress. She shares Lucifer's ability to possess a human's heart, and even be able to steal such an item via incantation. 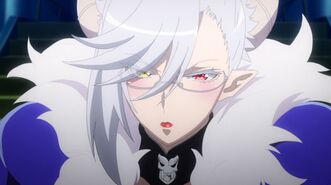 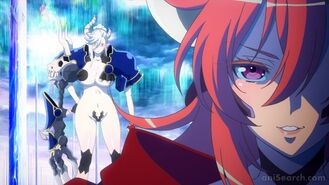 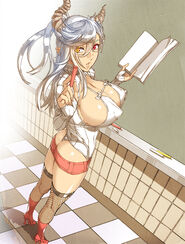 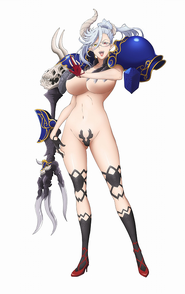 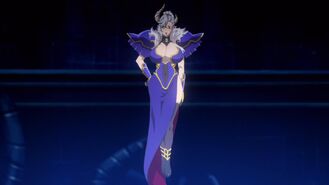 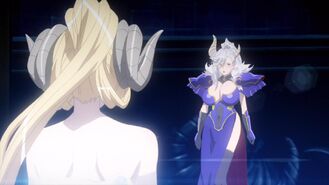 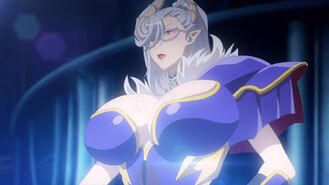