"Ye~s, this medicine will make you healthy~. I'll leave you a bottle at one million yen."

Mammon is the Demon Lord of Greed, known for great attainment of wealth through different means.

Mammon is a voluptuous young woman with the largest breast size among all the demon lords, along with waist-length blonde hair with two huge curled horns pointing downwards, from the back and top and center of her head adorned with an ornate hairband. She has a pair of red and black wings sprouting from the small of her back, which acts like a half-skirt, along with her actual half-skirt which looks like her wings, to cover her butt, and she can retract her wings to hide them. She wears an ornate black sleeveless top with a neckguard and a large breast window, and a black thong panty with a heart logo. On her arms, she wears ornate fingerless opera gloves, and on her legs, she wears ornate thigh-high flat-heeled boots. Like other demons, she also has a heart/spade-tipped tail, which she can also retract to hide it, but she almost never shows it for some reason. Her own followers say that she has the most perfect body proportions among her fellow demons, especially in her large breasts.

The Demon Lord of Greed, Mammon is a single mother with a very soft demeanor and a kind expression as well. Her greed is partially founded by the actions of her unnamed husband, who saddled her with 500,000 children and a load of debts on her shoulders. She mixes potions and elixirs, then sells them at high prices. For trading partners, she doesn’t discriminate between demons, humans or angels, as she ruins them all anyways. However, because she has a rare kind of unlucky attribute, rumors are such that her life is not easy.

Because Mammon is a mother herself, she has maternal tendencies to her fellow Demon Lords, especially the youngest such as Belphegor, Beelzebub, Astaroth, and Leviathan.

Additionally, she has a unique accent, like Belial and Astaroth also do.

From her manipulation of medicines, it seems she has knowledge in alchemy. Her breast milk that she mixes in most of her medicines has hypnotic and illusionary, hallucinogenic properties. When consumed, the mind quickly falls prey to a distorted field of vision that is usually related to the person's desire.

Mammon also possesses knowledge on corrosive chemicals, and combined with her knowledge of alchemy, it proves she is intelligent and has a science-centered mind. Many of her attacks involve throwing hidden chemicals from her cleavage.

Mammon and Belphegor in their bras. 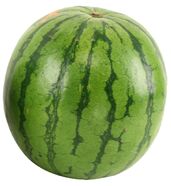 Mammon punishment scene
Add a photo to this gallery
Retrieved from "https://7-sins.fandom.com/wiki/Mammon?oldid=5726"
Community content is available under CC-BY-SA unless otherwise noted.